"A genuinely uncategorisable venture – merging many sources, but emerging with a unique creative signature." – John Fordham, The Guardian

"A stunning debut... For label seekers, art-rock might satisfactorily describe Blue-Eyed Hawk's aesthetic, but boxes aside, this is powerfully emotive, seductive music." (4.5 stars) – Ian Patterson, All About Jazz

"Inspirational music drawing on a myriad of influences created by a bunch of extremely talented and musically articulate individuals." (4 stars) – Kieran Bohane, The Irish Examiner

"One of the most thoughtful and imaginative albums of the year... The sonic range is fascinating and exciting" (4.5 stars) – Daniel Paton, MusicOMH

Taking its name from a line in W.B. Yeats's poem Under the Moon, Blue-Eyed Hawk brought together four of the UK's most lauded young performer/composers. The band's debut album, titled after the same poem, was co-produced by Polar Bear's Tom Herbert and released on Edition Records in September 2014. Traversing art-rock, jazz, minimalist and electronic soundworlds, it won Best Jazz Album category in The Irish Times' The Ticket Awards 2014 and was hailed as "one of the most thoughtful and imaginative albums of the year" (musicOMH). Blue-Eyed Hawk was subsequently nominated as Best Newcomer in the 2015 Parliamentary Jazz Awards.

Elsewhere, the band's open-eared approach to song-writing has been described as “gloriously original” (The Jazz Mann), “powerfully emotive” (All About Jazz) and “utterly distinctive” (London Jazz News). Following performances at the Royal Albert Hall (broadcast on BBC Radio 3 as part of the BBC Proms), the Southbank Centre and the Barbican (both as part of the EFG London Jazz Festival) and dates in Stockholm, Dublin and Rotterdam, Blue-Eyed Hawk was commissioned by BBC Radio 3 to record a set of new music based on the writing of Franz Kafka, which was broadcast on Jazz on 3 in May 2015. Other performance highlights included Love Supreme Festival, Manchester Jazz Festival, Match&Fuse Festival, STRUT festival (Dublin) and Sued Tirol Jazz Festival (Italy). 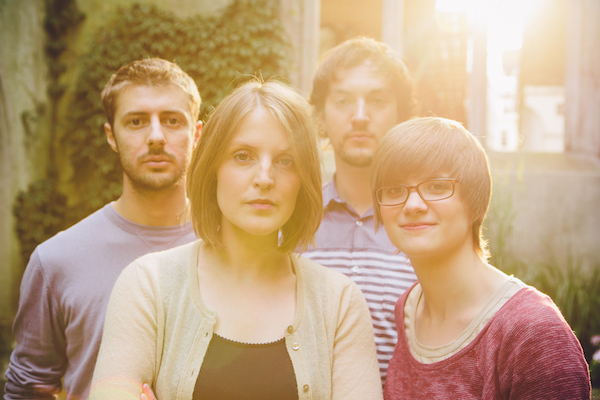